Open source survives because people from all over the world come together to celebrate and create software to ensure that information and technology remains free and accessible to everyone. I used to think I understood these fundamental attributes of open source until I actually saw what a open source community is during the Wikimedia Hackathon 2019. The energy, the discussions and the flow of knowledge was something I experienced for first time in my life.

The journey began for me through interactions with some of the Indian members of the Wikimedia community who had also received the scholarship to attend the hackathon. From the start, I was exposed to people who were passionate about Wikimedia’s aim of open and accessible information. It felt amazing to discuss different Wikimedia tools and how there is still much scope for us to improve.

Soon after, we were met with a 15 hour delay in our flight but I knew very well that this delay won’t be able to take away our excitement for the hackathon.

The first day of hackathon began with a sense of thrill and amazement. Prague was such a beautiful city. As soon as we reached the venue, I met Sage, maintainer of the Wikieducation Dashboard and also my GSoC mentor in 2018. It didn’t feel like I was meeting him for the first time. Well, technically it wasn’t our first meeting if we consider the many hangout calls we already had. The venue was filled with fellow community members, all sharing and discussing the different ways Wikimedia works. I went with the Wikieducation team to the poster making session to attract newcomers to our project. I would say we did a pretty good job (Well, Wes did). After that, the actual hacking began. We started working on adding several new features and fixing bugs as planned. I was working on adding the Selectors for different Wikis and Languages in the Article Finder for Wiki Education Dashboard. Our main aim for the day was to host the Wikiedu Dashboard user session with the Czech community which turned to be an amazing success. We came to know so much about the needs of users and were able to figure out our plan of action for the hackathon. With help of community, we prepared a list of features and issues we needed to work on and prioritized the list.

I also had a chance to talk with the search platform team of Wikimedia and hear all about their innovative work. I don’t think I had would have ever realized how powerful Wikimedia search was if I hadn’t talked with Trey Jones. Did you know you could use regex and negations in Wikimedia search? Well, I didn’t!

The second day was more focused towards hacking on the projects. Wikieducation conducted a developer session to familiarize newcomers with the tech stack and helping them understand how everything fits together. Similar sessions were held for the Wikimedia Commons app which was also one of the key areas of the hackathon. I learned so much about the Commons app and was really motivated by the work they were doing.

As soon as most of us were done with the hacking for the day, the fun began! There was Bohemian beer tasting, Czech cuisine tasting and free beers for everyone! Wohoo! That night was way too much fun.

I met with the real star of the whole hackathon that day in the party! Meet Klara’s dog who would be the friendliest dog I have ever met! Here I am petting this beauty! 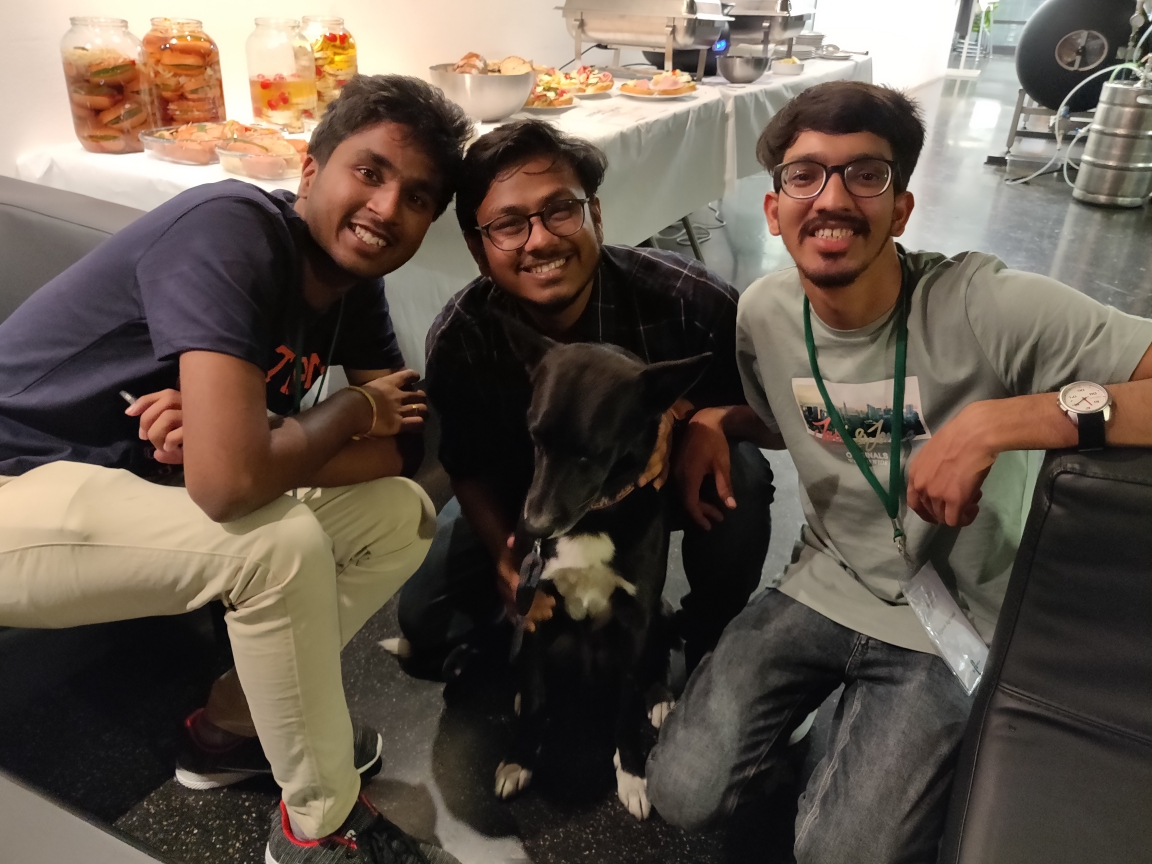 Star of the Hackathon

Project showcase was the headline of the final day of hackathon and everyone was getting ready for it. Polishing their work, working on their presentations and making last minute changes. You could feel the enthusiasm as soon as you step in the venue. The Wikieducation team was done with most of their planned work for the hackathon and took this day off to relax and click photos!

The showcase began after lunch and several teams presented their hard work of the last three days. Everyone experimented with so many great ideas in such a short span of time to innovate and improve tools for wikimedia. If someone hadn’t realized the endless passion of the community towards improving wikimedia, they would have surely felt it during the showcase!

I am proud to be one of those who have contributed to Wikimedia and been part of this amazing community, and I’ll always be grateful to the Wikimedia foundation for providing me this amazing opportunity to be part of the hackathon!